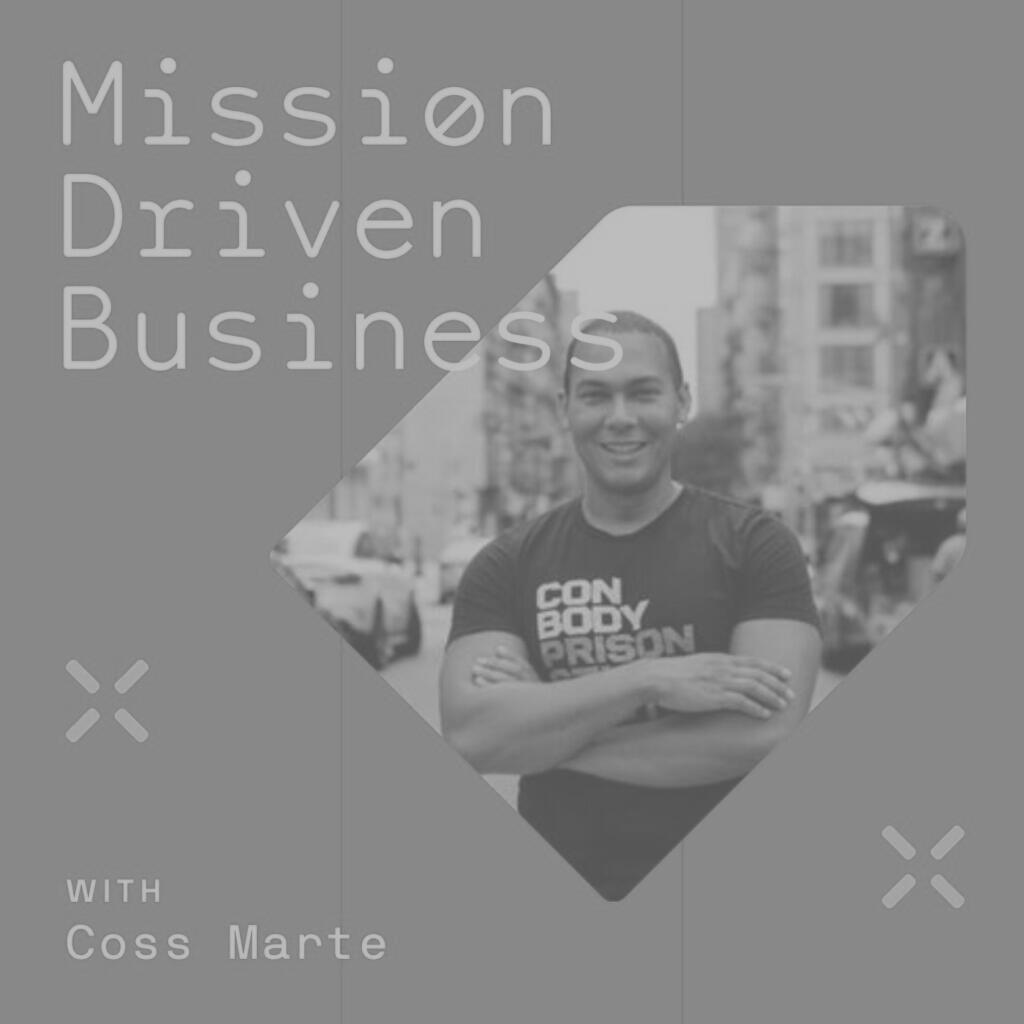 I have an inspirational Mission Driven Business podcast for you this week.

I chat with Coss Marte – a former inmate turned business magnate. Coss is the founder of CONBODY, the first fitness method developed in prison. Through CONBODY and his two other ventures, Coss fulfills his mission to aid and uplift the formerly incarcerated community.

In the episode, Coss shares how he found his passion for fitness after losing 70 pounds during his incarceration and his struggle to start a company as someone in and out of the prison system. He also discusses how his “figure it out and survive” motto has spurred him to create three ventures, including one in the legal cannabis industry.

Mission-driven businesses do good from front to back.

Coss defines a mission-driven business as one that doesn’t just say it’s doing good upfront — but also does something good on the back end.

“You want to make money and do good as well,” he said.

“I saw the pain I had to go through, and I really didn’t want people who were my friend or my people that were coming out of the system to go through that,” he said.

Coss created his business plan for CONBODY while in solitary confinement. He didn’t have a formal mission, list of values, or vision statement. But he did write down the extensive workout he used to get fit while incarcerated and how he could turn that into an opportunity.

“I did what I wrote,” Coss said. “I came home, and I started doing it in the local park where I grew up, and eventually, one person turned to two, to three, to five, to six, and my mission started evolving.”

Coss’s mother always told him: If you don’t ask, you don’t eat. It’s a strategy he took to heart when developing CONBODY.

“When I came home, I validated by getting one customer in the street, and just stopping them and talking to them and telling them what I’m doing,” Coss said. “I got a gazillion nos, but fortunately enough, I’ve had a few yeses.”

Coss eagerly shares his mother’s advice with fellow entrepreneurs who have innovative but unvalidated business plans. That includes Ivy League MBA students with incredible technical business ideas who have yet to ask whether anybody wants their products.

“You gotta ask. If you go to the market and nobody wants this shit, you just lost a lot of time.” – Coss Marte

You can find out more about Coss and his mission-driven businesses below. I’d love to hear what inspires you most! Contact me at the links below.