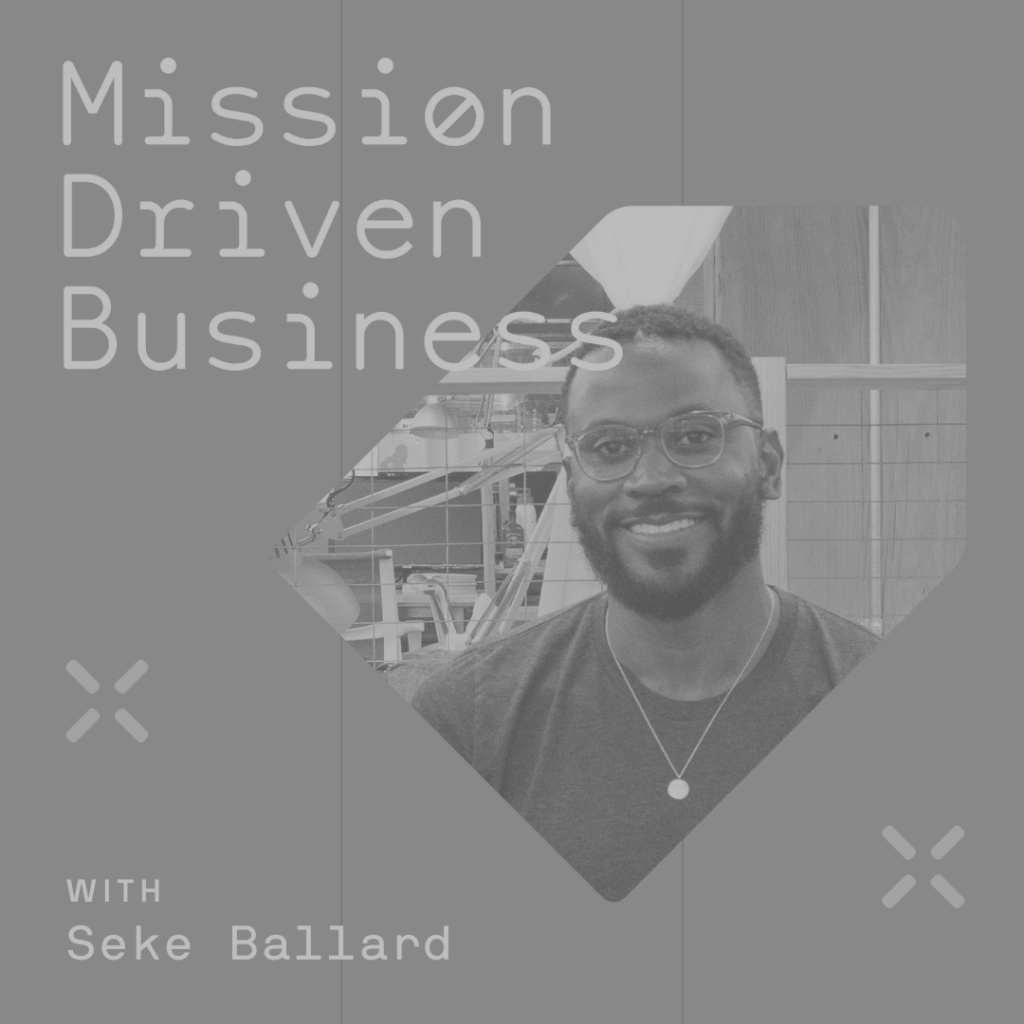 And if part of your weekend celebration includes cannabis, this subject line likely got your attention, as will this week’s Mission Driven Business podcast.

In the episode, I chat with Seke Ballard, the founder and CEO of Good Tree Capital. This financial services firm uses a proprietary algorithm to balance available economic opportunities for people invested in cannabis companies. Seke shares how removing biased data from the lending equation can make the playing field more equal. He also discusses his motivations for starting his firm, the company’s plans, and why his ultimate dream is to create a banking model that works so well it puts the big, bad banks out of business.

All businesses are profit-seeking entities, but Seke said mission-driven businesses build on that by creating wealth for a purpose. Seke’s firm, Good Tree Capital, is no exception. The company uses a proprietary algorithm to create economic opportunities for people invested in the cannabis industry.

“We want to build wealth with purpose,” he said. “And that purpose is very much around providing fair access to capital to capital to entrepreneurs who are trying to thrive in this emerging industry.”

When faced with inequities, get creative.

One of Seke’s motivations for starting Good Tree Capital was a conversation he had with his father. When he was younger, his father owned a successful logging company. He wanted to get a loan to expand to other states, but every bank he applied to denied him.

“All things being equal — if our balance sheet looks the exact same if our credit risk profile is the exact same — I have a harder time getting loans,” Seke said. “And if I succeed in getting them, they’re going to be more expensive for me.”

His father’s experience helped motivate Seke to rally a team of data scientists and developers to create a lending algorithm that assesses credit risk without using factors that typically bias credit decision factors. The resulting algorithm can determine the risk of defaulting on a loan with 98.2% accuracy.

But despite the algorithm’s success, Seke has also run into problems raising capital.

“I’ve always thought to myself, I’ve got to be clear-eyed about this,” he said. “The truth of the matter is that the overwhelming majority of venture capital — the kind of capital that we’re seeking — goes to white men. And so if I want to thrive, given that reality, then I have to figure out creative ways to remove that as a barrier for our ability to deploy the lending model.”

Dream big. Even if it’s taking on Wells Fargo.

Seke is getting creative and dreaming big by building a bank around Good Tree Capital’s lending technology. His vision? To take on Wells Fargo, a company he described as the “archetype for everything that’s wrong with banking.”

“It is a personal mission to create a better model,” Seke said. “And to use that model to drive them out of business.”

Seke also encouraged other entrepreneurs to dream big. He advocated for finding your big idea and narrowing in on what motivates you.

Quote of the week

“Once you find that, if you’re a hard-working person with a lot of tenacity, then you’ll forge your way there,” he said. “It starts with having that vision that really motivates you.” – Seke Ballard

Task of the week

I’ve heard already how much many of you have liked this episode. If you haven’t listened yet, set aside 40 minutes and let me know what you think. You can also find more about Seke in the links below.